Last time we played this team we won 93 – 38, so we were obviously strong favourites to put them to the sword, especially with the line up we had. After missing several easy scores we finally got our act together and led 9 – 0 by the end of the second minute and finishing over 30 with ten of the bench getting good court time.
The instructions were to run and we did this most of the time and in the end the pressure told as they were run ragged throughout, and by the end of the game were shattered. Second quarter was sometimes disjointed and punctuated by a number of free throws, but nine different players scored! They had a mini recovery in the middle of the third quarter actually outscoring us 6 to 4 in a two minute period. We quickly redeemed ourselves scoring 15 in the last two minutes of the quarter due to our press and quick ball movement.
The final quarter was all about the press, and the fact that they were so tired they couldn’t make calm decisions or run an offence. There were great interceptions by all players and again 9 different players scored.
Don’t think I’ve seen a game where a team only scored 2 in a quarter and our 40 was awesome, all the more for the fact that there were no three pointers in that total! Several people asked me why I persisted with the press. Several reasons, mainly that we need the practise as it is difficult to do properly in training, and it encourages vision and talking as well as promoting fitness and thinking under pressure.
We did look to double team around the court but it’s not always instinctive.
There were some brilliant passages of play with great interaction between players and some great assists although we often failed to run our sets properly.
I can’t fault the effort of any player; just want to see more of those easy scores going in instead of being missed. We could easily have had eight players in double figures. 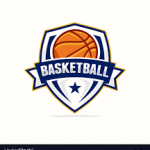 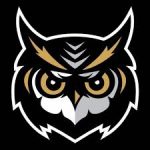