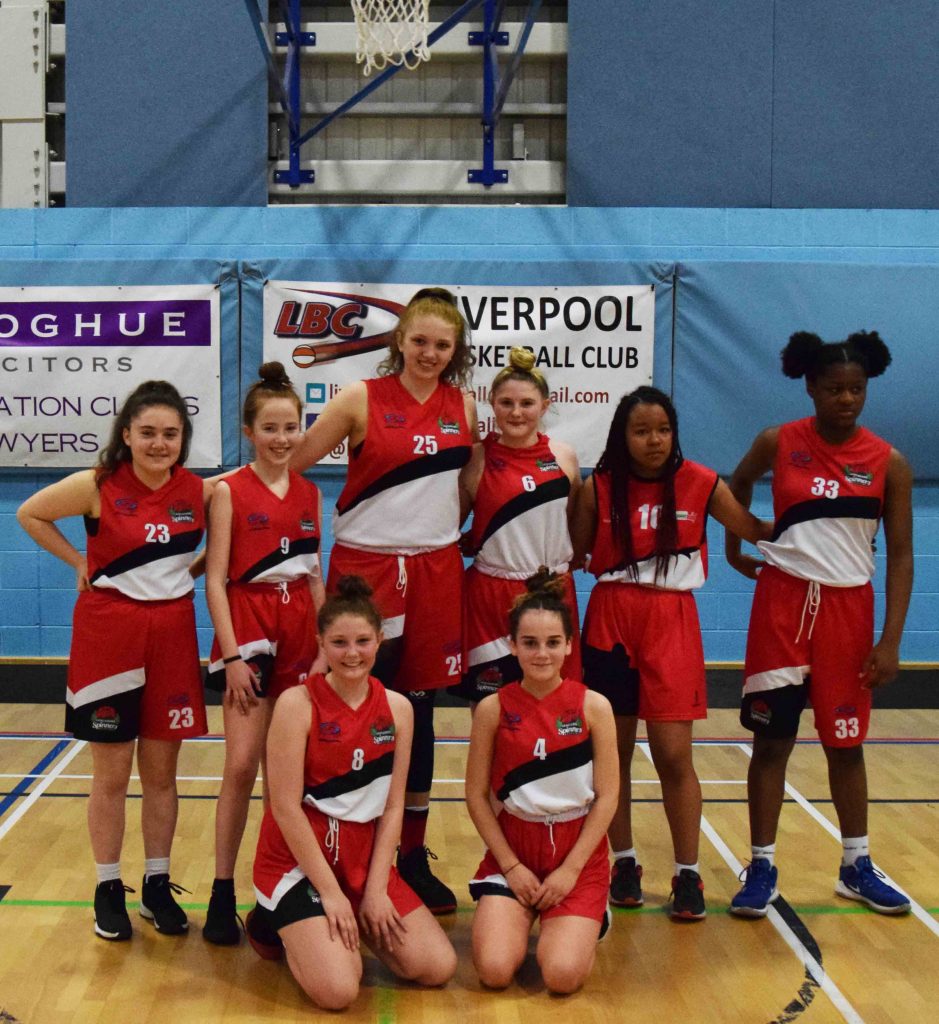 The team were given the full LBC treatment  and announced individually to the crowd before the game.

After a slow start in which Spinners fell behind early they soon came to grips with Liverpool and by half time had pulled ahead through strong play from Scarlett Lindsay and domination of the boards by Becky Smith.

In the 3rd quarter Spinners showed what they were capable of, playing tough defence and launching their fast break at will.  Grace Elder and Pauline Tyshykia ran the lanes beautifully and picked up easy baskets. as Spinners took complete control.

In the final quarter Spinners remained in comlete control and were able to give everyone plenty of court time running out easy winners 73-35.