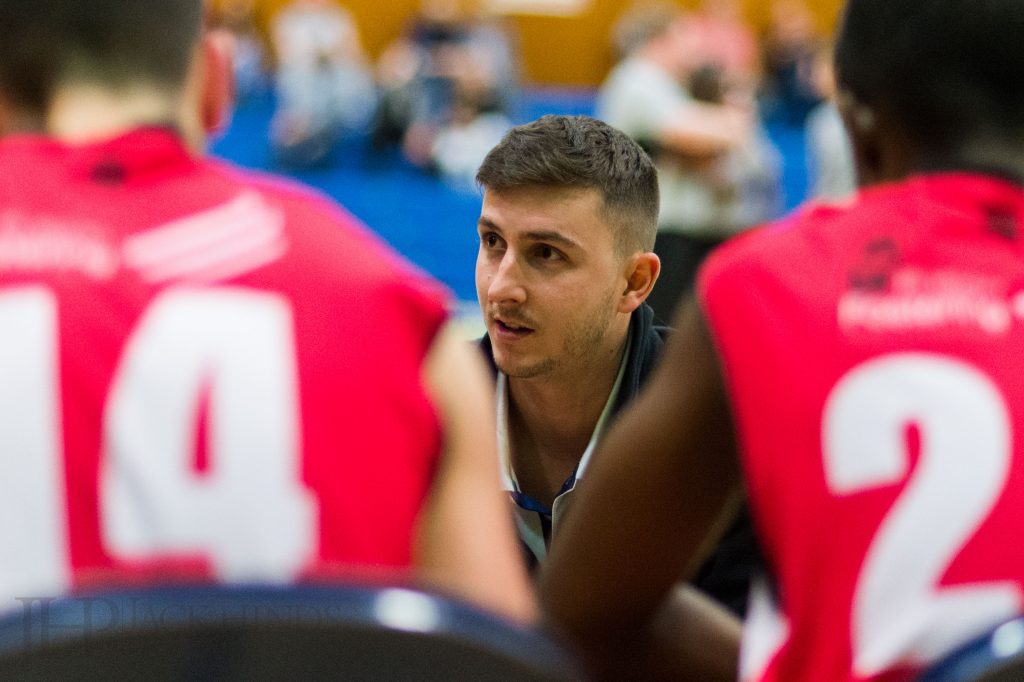 Breathe – that was the message Lancashire Spinners head coach Neal Hopkins delivered after a National League opening loss on Saturday.

“We’re feeling each other out still,” he said speaking to Lancashire Spinners Media. “There’s a huge change in the roles players now have on this team. Jack [Hudson] and David [Ulph] have actually been pretty consistent … But overall we’re second guessing a lot of our shots and we’re not taking the ones the guys are naturally good at.”

The Spinners are shooting just a shade over 33 percent from the field (18 of 72 from 3-point range), which has been a direct result of having to chase games.

In 2015-16, Lancashire led at halftime in nearly half of its games and shot 40 percent or better 25 times, but for a fourth-straight game a quick spurt to close out each of the first two quarters put the Spinners on their heels for the remainder.

“We have to recognise that we’re not doing a great job defensively,” Hopkins said. “The volumes in which teams are scoring they have the opportunity to set up their defence and we’re not forcing bad shots.”

“We’ve practiced really well the last couple of weeks, but that effort and they way the guys are playing [in practice] just isn’t translating into games.”

Hopkins, whose Spinners will be thin up front with forwards Zion Tordoff (ankle) and David Ulph both set to miss Saturday’s visit to Bradford, remains optimistic where the team is headed.

“Irrespective of the results right now, we’re going to get better and better – I believe in these guys.”